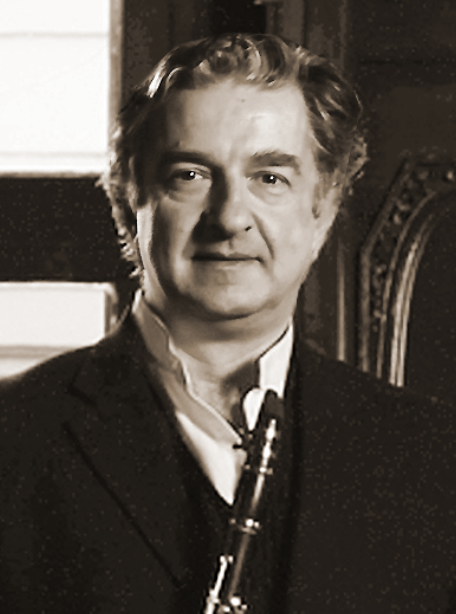 Posted by sboshnack at 11:12 PM No comments:

Learn more about the project in this video.  Thanks to Beth Fleenor and the Frank Agency for creating this!
Posted by sboshnack at 9:49 PM No comments:

B'shnorkestra Premieres Global Concertos in May 2015!


Global Concertos was made possible, in part by funding from New Music USA, 4Culture and Seattle Office of Arts and Culture.

> learn more about Global Concertos and the featured soloists
Posted by sboshnack at 12:28 PM No comments:

Concert on Thursday and Recording in Indonesia

It's has been a little while, I wanted to let you know what's been happening with the record and alert you to a special show I have on Thursday.
On Thursday, December 13th, the Sam Boshnack Quintet will be giving a concert at The Frye Art Museum. This is part of an exhibit happening there right now called Mw [Moment Magnitude] - "an ambitious cross-platform project of visual art, performance, production, rehearsal, specially commissioned artworks, music, dance, literary events, design, and arts engagement programs showcasing exceptional artistic practice in Seattle." I am so excited and honored to be a part of it  The Frye Art Museum performance will feature eight original works for the Quintet featuring myself (trumpets), with Beth Fleenor (clarinets/voice), Dawn Clement (keyboard), Isaac Castillo (bass), and Max Wood (drums). There is also going to be an amazing light exhibit illuminating the show by Lillenthal/Zamora.  Also on display are graphic musical scores of Eyvind Kang, a sound installation by Robb Kunz in the reflecting pool from which will emanate the music of Jherek Bischoff, and much more.
Sam Boshnack Quintet
Frye Art Museum (part of Mw [Moment Magnitude])
704 Terry Avenue Seattle, Washington 98104
Thursday, December 13th
free, all ages
early concert - 5:30-6:30 pm
Frye event link - http://fryemuseum.org/event/4712/ Facebook event link - https://www.facebook.com/events/398625820169670/
Okay, now for record updates.  One of the 8 songs we recorded at Bear Creek was a piece I wrote for the singer Megan O'Donoghue Williams.  The words of the piece were from a traditional Javanese poem called Pangkur.  Megan moved to Surakarta on the island of Java in Indonesia before I had the chance to record her vocals.  She is currently living over there and has a very successful career singing in Wayang (shadow puppet) performances all over Java.  So on November 13th I flew to Indonesia to record Megan. I wanted to learn more about Indonesia and its music, and it felt special for myself and the piece to record her actually in Java.   I also wanted to bring more Indonesian musicians and instruments into the piece and I did - Sri Joko Raharjo who played rebab (a gamelan two-stringed instrument) and gender (a gamelan pitched percussion instrument).  Peni Candra Rini (an incredible vocalist and composer) coached Megan with pronunciation and interpretation help.  The night before we went into the studio Megan threw a party and we had a rehearsal for the piece.  New ideas were brought in for the improvisation section by the four of us and it was very excited to brainstorm about it.  Lots of other people were there from the community listening.  The next day we laid down the tracks and I'm happy to say the whole thing was a great success.  On Friday, December 21st I will begin mixing the record, I will let you know how that goes.  Can't wait for you all to hear it!
Samantha
P.S. - Two close friends and musicians came with me, and I'm so glad they did - Valerie Holt and Anne Mathews.  We also had many non-recording adventures traveling around Java and Bali - it was a blast. 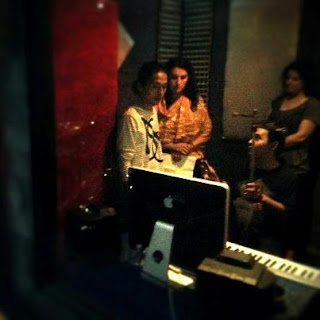 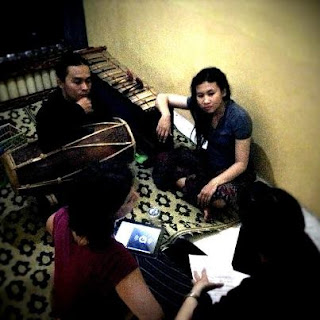 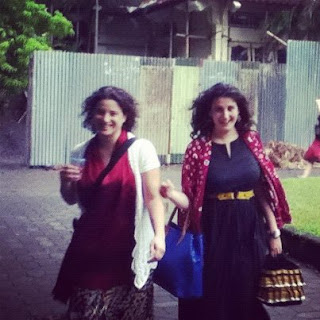 Posted by sboshnack at 10:53 PM No comments:

Hello everyone,
I know it has been an awful long time since I last wrote.  Things have been rolling over here in B'shnorkestra land.  First and foremost, if you live in Seattle, you can come see us perform on this coming Tuesday (October 23rd) as part of the Earshot Jazz Festival.  It's an honor to be included in the line-up.  We have been working on a new composition I wrote and touching up the material we recorded. Band sounds great and it's always a real joy to play music with these people.  Neil Welch does an opening set on solo saxophone and he's quite phenomenal.  For more information check outwww.bshnorkestra.com.
Yesterday Adam, Greg and I went into the studio for some percussion and french horn overdubs.  They went incredibly well.  We did this at Evan Schiller's studio.  Evan owns a studio called zulusound and has recorded such artists as Eyvind Kang, Timothy Young, Jessica Lurie, Bill Frisell, Sadhappy and Mike Patton.
In November I am traveling to Indonesia to record Megan O Seniwati for the record.  One of the pieces I wrote for her to sing on, and then she moved to Indonesia before I could record it.  I decided to take this opportunity to make the trip over there as it has always been a place I wanted to see.  I hope to record other Indonesian musicians onto the track as well and do some performing with Megan and two friends/colleague musicians who are coming with me - Anne Mathews and Valerie Holt.
We then plan to mix the record over Christmas break.  This may mean I push the release date a little bit (April) so that I have time to send it out to record labels and try to get distribution for it beforehand.
Thanks for your support, and hope to see you Tuesday!!
Samantha
Posted by sboshnack at 1:05 PM No comments:

Currently taking part in the esteemed Jazz Composers Orchestra Institute, and blogging about it daily...

“I really had no idea what to expect going into this intensive.  I knew that it was probably going to feel crazy to be surrounded by so many other composers.  And it was – crazy in a really inspiring way.  To be around so many who are trying to create something new and putting their whole lives into their vision; in a world that can sometimes feel like it doesn’t care much about innovation or sophistication in music.  As I looked around and interacted with the peers and faculty throughout the day, I could see the hunger in everyone’s eyes to soak up as much as they could from this experience.  I could sense that it was refreshing to all of us to be surrounded by others working in such a tough field, a kind of comfort in numbers.  Even though we were from different parts of the country (and some had or do live abroad) we all had so much shared experience and so much to talk about….”

A special thanks to everyone who contributed to the B’shnorkestra Kickstarter Campaign!! Your support ensured these fantastic musicians got paid for doing their job. Everyone put so much into this music – the recording process was really wonderful.
More news and updates coming very soon…stay tuned, and THANK YOU!
Posted by sboshnack at 9:38 PM No comments: